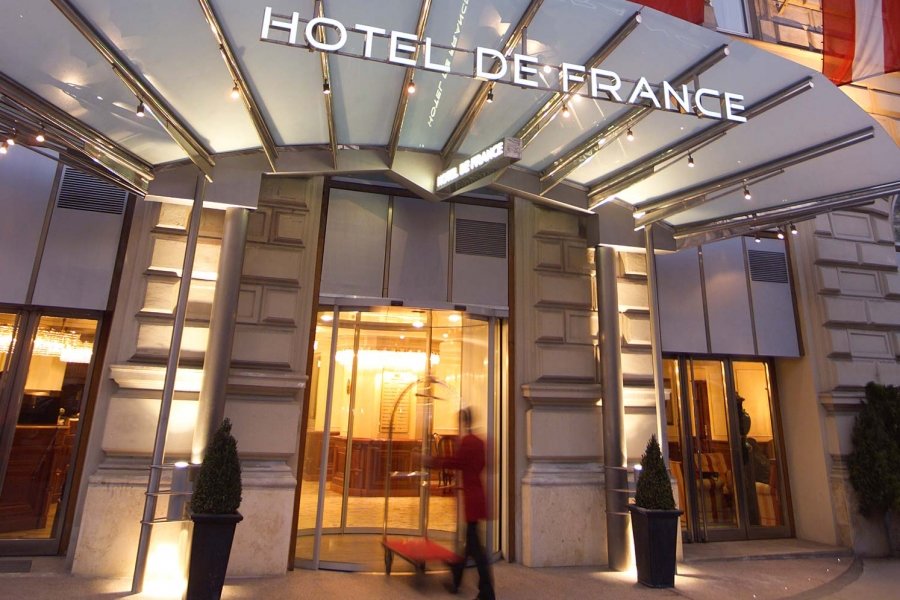 Hotel de France is a 5 star stylish luxury hotel located in the very center of Vienna. It stands on the well-known Ringstrasse.

The St.Stephen’s Cathedral, the Hofburg, the Spanish Riding School and the State Opera are all in a walking distance from the hotel.

Traditional Viennese cuisine combined with culinary finesse of the French cuisine will give the No.3 a very personal touch. With its trendy interior, its easy atmosphere and the culinary choice it will be the perfect location for any lunch, business or fun and elegant dining. We are looking forward for your visit!

During the summer season you may also use our Schanigarten, the outdoor terrace, and enjoy various kinds of seasonal meals.

Eight spacious conference and event rooms for up to 150 people in Vienna’s city centre.

Hotel de France in the 1st district of Vienna offers 8 fully air conditioned conference and event rooms with a capacity for up to 150 people. All rooms are equipped with modern conference technology.