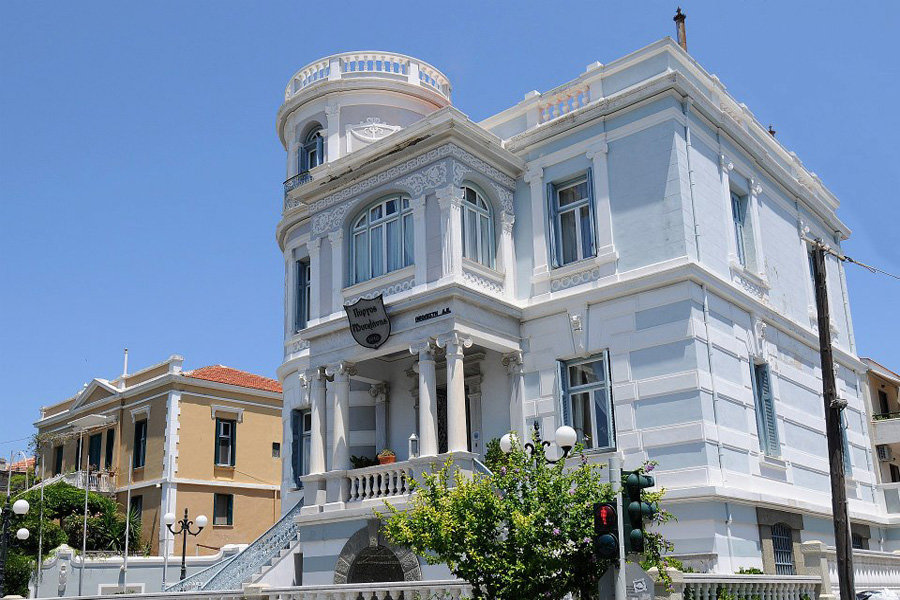 We have an exclusive offer on for Pyrgos Of Mytilene. Read More

Here we have the Pyrgos Of Mytilene, a restored 1916 mansion. The hotel comes with a perfect central location.

You can stay for 7 nights on a Bed & Breakfast board basis from just £339pp, for more details and to book please call our dedicated sales team who will be happy to help.

About Pyrgos Of Mytilene

“Pyrgos Of Mytilene” is a real jewel, one of a kind, as nothing similar can be found in Lesvos.

Our hotel was built in 1916 by the Architect Ignatios Vafiadis in the style of Second Empire.

In 1995 the building was renovated in respect of its history and from August 1999 operates as a luxurious hotel all year around.

Pyrgos Of Mytilene is situated in the town of Mytilene 150 meters from the new Marina.

We'll call you back in 5 minutes

0207 030 3960
We use our own and third party cookies. If you continue browsing we consider you accept the use of cookies.
Accept