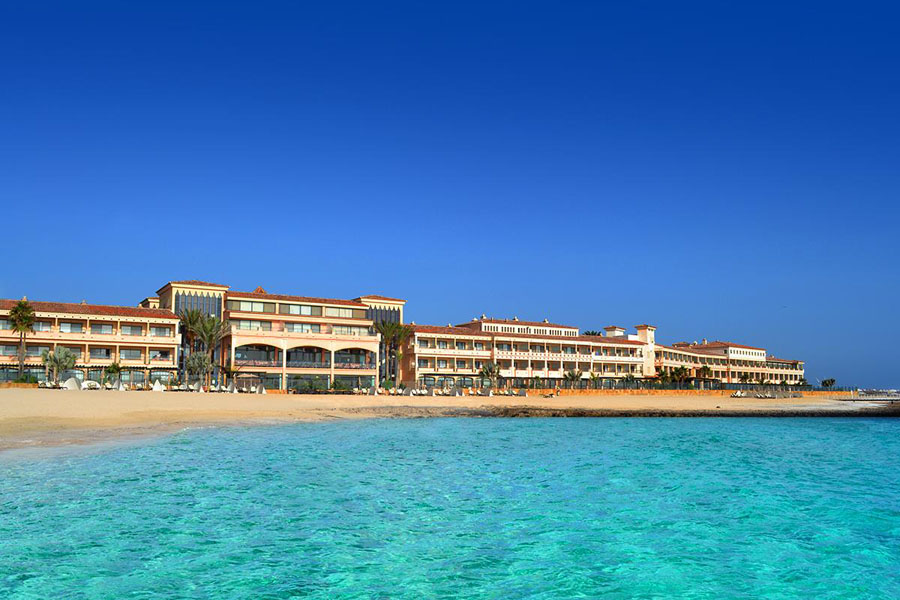 This luxe hotel collects awards – it’s bagged a handful from Condé Nast Traveller, and it's been given five TripAdvisor Certificates of Excellence. The location’s great, too, on a white-sand beach by Corralejo’s dunes.

Certified Gold: Official 5-star properties that excel where their contemporaries lag with excellent reviews, usually award winning & a taste for the finer things in life.
From
£589 per person
Limited Availability
ATOL Protected

The Gran Hotel Atlantis Bahia Real is located on Fuerteventura in the beautiful Canary Islands. It is the only establishment on the island to receive an official rating of five-star ‘Grand Luxury’. Situated right on the coast, the hotel boasts one of the most spectacular views on the island with direct access to a sweeping white sandy beach.

Experience nature in its purest form, an island blessed with eternal spring. The Grand Hotel Atlantis Bahia Real, a hidden treasure where the warm service, attention to detail, indulgent pampering and exceptional cuisine will make your stay an unforgettable reality.

Welcome to Fuerteventura, welcome to Corralejo, welcome to the Grand Hotel Atlantis Bahia Real, where the only thing that doesn’t rest is your imagination.

Piano bar with views of the islands of Lobos and Lanzarote. Enjoy a snack, coffee or tea, along with a varied menu of cocktails and drinks.

For use in total exclusivity. An intimate and cozy corner

Immerse yourself in the refined and elegant surroundings of our gourmet restaurant La Cúpula under the guidance of chef, Carles Gaig, who has a Michelin star.

Enjoy the subtle fragrances and flavours of exotic Japanese cuisine. Visit the sushi bar, or immerse yourself in the sensory kaleidoscope of the Teppanyaki experience.

Savour the finest products from Spain in elegant and sophisticated surroundings, complemented by a truly impressive wine cellar.

The hotel takes into account the special needs for families and it has rooms specially designed for them.

If the children are happy your vacation converts into a great family holiday in a wonderful location.

The hotel has a children’s park, children’s pool, children’s menus and a varied programme of activities and workshops at the Mini Club Arlequin.

The hotel offers a baby sitting service (fee) enabling parents to enjoy a romantic dinner for two or a well deserved relaxing session at the hotels Spa or to take time to practise one of their favourite sports.

Discover a new front of the hotel and relaxation area designed exclusively for you. Enjoy unique moments of pleasure over the sea.

Walk to beach and enjoy the best feelings of the island in a charming atmosphere. Coco Beach welcomes you with the extraordinary beauty in a hidden landscape, a blend of nature and chill out design bathed by the crystalline turquoise waters.

Treat yourself to a journey of relaxation and wellbeing amidst the restorative bliss of the Bahia Vital Spa. Take a tour of this spectacular facility featuring more than 3000m² dedicated to providing a perfect harmony of body and mind.

Experience the latest treatments and technology in the world of health, wellness and beauty. Improve your energy and fitness levels with cutting-edge facilities and a personalized training program just for you.